This Women’s Month, my team and I really wanted to celebrate black African women (bAw) each day on our social media pages. To celebrate God’s gift of women who are making waves as activists, artists, and go-getters but also to celebrate our everyday sisters, friends, mothers and daughters. To be able to capture the essence of who the bAw truly is as formed by God.

I remember watching the movie “Neria” as a young girl and being moved by the plight of the widow Neria. That movie was ahead of its time and clearly highlighted the struggle of the black African woman in a patriarchal society. And so, it was a life-changing moment when my sister Rumbi reached out to the author of “Neria”, Tsitsi Dangarembga, and she agreed to engage in a conversation about her experience as a bAw.

Rumbi Dube: What is the greatest hurdle you have had to overcome as an African woman?

Tsitsi Dangarembga: The greatest hurdle I have had to overcome as an African woman is lack of access to resources to maximize on my abilities, skills and achievements. Sometimes this hurdle manifests socially because society tells you that a black woman can only do this or this but not that. When society makes that decree, there is little to no support when you as a black woman opt to do the thing society has indicated you should not do.

This can even begin in the home as you grow up, because most of our families are patriarchal, this includes our mothers.  Many of us have had patriarchal mothers. I am glad to see some change in this respect, but there is still a long way to go.  At other times the hurdle is material, for example, when I have no access to resources, such as land and buildings to realise a dream that needs to go further.  At yet other times the hurdle is lack of access to human resources because men or political parties or patriarchal women – of which there are many – may not support your excellence.  The hurdle is also financial since, generally, as a black African woman, you are excluded from capital.

As a black African woman on the continent, you are generally relegated to donor aid and this donor aid is usually tied to political or another form of power.  It is also predicated on a world view that sees Africa as a continent of peasants who need to be saved.  So if you are not grass roots, and do not need to be saved, but need to be empowered to fly, you seldom qualify for donor aid.  I call this financial apartheid.  This brings me to the last hurdle in that the cumulative outcome of all these other hurdles is that one’s ability to contribute to one’s community and society is seriously compromised.

RD: What do you wish the black African woman would come to realise?

I wish black African women would come to realise that we have to work together, that when we work together we can produce more than the sum of what we produce individually.  I also wish that black African women would realise we have to pull ourselves together and stop accepting a victim identity.  A victim identity is extremely dangerous as it can become an excuse for all sorts of negative tendencies and behaviours.  When captured in a victim mentality, people tell themselves, ‘It’s all right for me to do this because…’  They justify actions that are clearly not acceptable.  This results in serious ills for society.  In short, a victim attitude encourages selfishness, which, in spite of the Kardashians, is not cool.

RD: Which African women inspire you?

TD: Women of my generation have few female role models on the continent.  We have to be the role models for ourselves and others.

RD: What legacy would you like to leave for other African women?

TD: I would like people to say of me, ‘She never, ever gave up’.   In terms of external results, in the same way that black African women are too often excluded from capital and ownership, we are excluded from representing ourselves in narrative as we see ourselves in our diversity, agency and beauty.  Narrative, like resources is power.

Narrative is particularly important because we learn about the world, come to understand it and communicate with each other through narrative.  The exclusion of black African women from narrative is another reason why we have few role models.  So my desire is to create a strong institution that can focus on telling the stories of African women from the point of view of African women in a way that is accessible to many and has powerful impact.  This means film, rather than writing.  Writing has its uses and I pursue it also, but film is ideal on the continent for reaching wide audiences.

A decade ago, having realized this, I designed a project called Hitting a High Note.  It was to portrait at least half a dozen exemplary African women of achievement in half hour documentaries to record their stories for posterity so as to act as inspiration for future generations.  Well, that project never saw the light of day.  But I persevere.  I have already begun setting up the institution.  It is called the African Women Filmmakers Hub. Our pilot programme is successfully being carried out in Zimbabwe, Kenya and Malawi with support from the Ford Foundation. The next step is to roll out the five year programme across the continent and to create an African women’s film fund that will exist for a minimum of five years in order to enable a critical mass of African women to tell the stories that are important to them.

RD: What does the future hold for Tsitsi Dangarembga?

TD: I have a confident expectation that I will realise my career dreams.  They all revolve around boosting the creative industries and growing the creative economy on the continent.  As human beings, our creativity is the path through which our inner being is manifest.  If we do not sustain our own creativity and its products, we will end up consuming and mimicking the products and creativity of others.  The world will be a poorer place if this happens and will not develop in the way that is intended, because black African women are on this planet to participate and contribute as much as everyone else.  Preventing their participation and contribution is preventing the great plan of being from coming to its best fruition.

Thank you Tsitsi for engaging with us and giving us insight into your journey and life as a bAw. It was humbling and encouraging to see that someone who has already achieved so much in her life faces similar challenges and struggles to us who are getting started. We wish you more love, joy and strength, as well as God’s best in all your future endeavours!

To my bAw family, I hope today is a special day for you as you are celebrated for being a beautiful creature of God! I also hope that the experiences of our fellow bAw, Tsitsi Dangarembga, encourage you to continue to pursue the purposes and goals God has placed on your life in spite of the resistance you may face. That we may truly band together and uplift one another as women in fulfilling the great work God has imparted on our lives.

Born in Mutoko, Zimbabwe, filmmaker, playwright, poet and activist Tsitsi Dangarembga completed her education in her home country, where she worked as a copywriter and started writing seriously as a poet and playwright. She obtained her Masters in Filmmaking from the German Film and Television Academy Berlin.  She has produced several documentaries and has credits on most of Zimbabwe’s feature film classics, including EVERYONE’S CHILD, which she co-wrote and directed.

She lives in Harare where she founded the production house Nyerai Films and the International Images Film Festival for Women.  She also founded the Institute of Creative Arts for Progress in Africa where she works as director.  She has received international awards for her prose and film work.  Her award winning short music KARE KARE ZAVKO (MOTHER’S DAY, 2005) was screened at the Sundance Film Festival.

4 thoughts on “Women’s Day Post: In Conversation with Tsitsi Dangarembga” 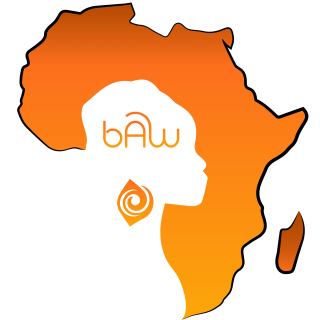